Protect our future by remembering our past, a Poidevin Gray win for the ages

The Poidevin Gray team have had an outstanding win on Sunday November 15 2020, keeping Randwick Petersham to 5 for 225 from their 50 0vers on a good Chatswood batting track and then scored the 226 runs needed without losing a wicket.

With Randwick Petersham winning the toss and batting the Gordon team started well with Callum Bladen picking up two quick wickets and in partnership with Matt Wright keeping the scoring to a minimum. At one point they were 2 for 20 off 12 overs and Callum had the figures of 2 for 9 off 7 overs. Matt Wright was equally brilliant at the other end with his left arm orthodox taking 0 for 28 from his 10 overs

All of the bowlers toiled hard as Randwick put together a 121 run partnership however they were able to keep them to 6 runs an over for the last 10 to keep them to a total of 6 for 225.

In the words of the skipper Nathan Doyle the batting “was an absolute clinic” with Arvin Niranjan making his debut for the Poidevin Gray side and opening the batting with established first grader Lachlan Barnsley. Both batsman appeared in complete control to each finish with 103 not out and break the record for the highest Poidevin Gray partnership for the first wicket and win with 9 overs remaining.

The partnership of 226 was also the second highest for any wicket for Gordon Poidevin Gray beating the partnership of 225 last year between Josh Claridge and Nathan Doyle for the 2nd wicket. The leading partnership is still Steve Colley and Reece Bombas for their 233 in 2008. 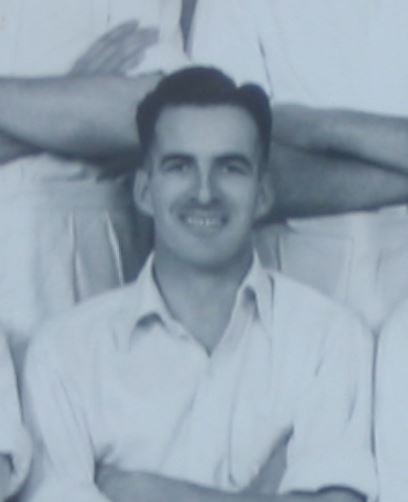 For the interest of historians, the previous record for the 1st wicket was held by Jock Shea and RH Collins who scored their 215 runs against Mosman in 1935 with Jock Shea scoring 122.

It is also interesting to note that the 4 seasons from 1931 to 1935 had not been successful for our Under 21 team and the club was concerned about the lack of interest from our younger members and had decided to withdraw the team from the competition. The Poidevin Gray captain Jock Shea approached the committee and promised that all eligible players would be available for the matches.

The decision was reversed after Jock’s promise and the 1935 -36 PG team went on to win our first Poidevin Gray premiership being undefeated during the season. Jock was the mainstay of the team scoring 308 runs at 61.

The Annual report for the 1935-36 season read the following:

‘The team that took the field, under the captaincy of J Shea, was the best that has represented your Club for some time.  It was a pleasure to be associated with such a fine lot of lads: for keenness and team work they have never been excelled, with the result that they won the Competition and were undefeated, scoring 37 points, and only 7 points being scored against them.’

On a less positive note, club supporters would be aware, over the years we have been displaying many of our historical photos in the Trumper Pavillion and they have been kept in the storage room next to the Gordon dressing room. Each year the photos are taken down to allow the Rugby Club to put up their photos. A few weeks before the start of the season on retrieving the photos it was found there had been a leak from the roof of the pavilion into the storage room and 8 of our framed photos had been destroyed including a large one of Victor Trumper. One of the photos also destroyed was the 1935-36 Poidevin Gray Premiership team.

Many of that team including Jock went on the serve with the 68 Gordon players who fought in World War 2 with 9 not returning.

It is important to Protect our future by remembering our past. Lets hope someone has another photo of the 1935-36 Poidevin Gray team