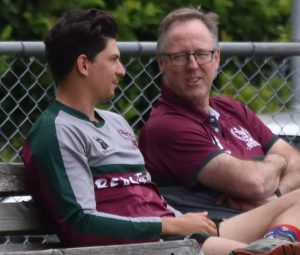 All Gordon Players and Supporters,

The Club is proud to announce that we have won the Spirit of Cricket Award for NSW Premier Cricket for the 2019-20 Cricket Season.

“Cricket is a game that owes much of its unique appeal to the fact that it should be played not only within its Laws but also within the Spirit of the Game. The Spirit of Cricket includes respect for opponents, umpires and the game’s traditional values, and emphasises the role of team captains in upholding the game’s values.

In every match played, umpires assess each team’s performance in terms of the Spirit of Cricket and this Award is presented to acknowledge the club that has been deemed to have best upheld those values.”
This competition has been in place in Sydney Grade / NSW Premier Cricket since the 2003-4 season. Gordon has now won it three times.

This season’s competition was very close “at the top” with Gordon winning by only 0.034 points from Northern District with Sydney Uni a further 0.038 behind.

Congratulations, not only to all of our players and captains, but also to all the team and ground managers, coaches and volunteers who contributed throughout the season. Congratulations, also to Club Captain Alex Patterson who lead the club very well during a difficult season and provided an great example of club spirit for the players to follow.