This week in history of GDCC 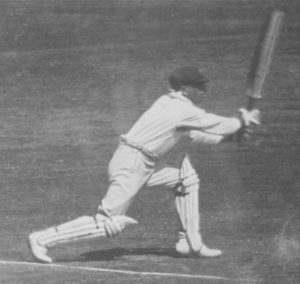 The scoreboard in the south-eastern corner of Chatswood Oval, was erected by Willoughby Council in 1938 only a few years after Charlie Macartney retired.  A plaque with the following inscription is attached to the front of it.

IN RECOGNITION OF THE OUTSTANDING RECORD AND ACHIEVEMENT OF C. G. MACARTNEY

WHO, SINCE 1905, HAS BEEN A MEMBER OF THE GORDON DISTRICT

CRICKET CLUB AND HAS WORTHILY REPRESENTED THIS

Charlie and his wife Anna’s home was in Devonshire Street, Chatswood, only 200 metres from Chatswood Oval and was named ‘The Wicket.’   Anna died in 1952 and Charlie six years later on 9 September 1958 at the age of 72.

Charlie Macartney has a unique position in Gordon’s history – the first to play for NSW while a member of the Club and the first to play in a Test match.  He was one of Australia’s greatest batsmen, which has been recognized by his inclusion in the exclusive Australian Cricket Hall of Fame and the NSW Hall of Fame.  In his long career with Gordon, Charlie had some extraordinary performances with both bat and ball and is, without doubt, the best all-rounder to have played for the Club.  Elected a Life Member of the Club (No.8) in 1925, Charlie was a magnificent Gordon champion.