Fun in the sun against the Randy-Petes

There are some great batting wickets around Sydney at the moment and several Gordon teams were able to post good scores in their two-day games against Randwick-Petersham. In the other games, our bowlers all did a good job too. In First Grade, five batsmen reached 40 but none passed 70 as a solid score was attained. Seconds fought hard, largely due to their spinners, particularly Ryan Meppem, who took five wickets, Thirds were able to get on top in their game, while Fourths and Fifths both scored well. Nomaan Sadiq-Budroo scored his first century for the club in Fourths – a top knock! The Colts are in a solid position in their game at Beauchamp.

Gordon won the toss at Coogee and batted. An early wicket fell but Cam Eccles and Steve Colley shared a good partnership of 102 before both were dismissed together. Harry Evans and Tym Crawford took the Stags to lunch at 3-130. Tym was dismissed shortly after the resumption but Harry and Lachlan Barnsley added 108 in an important partnership. Both scored half centuries but were dismissed shortly after. From there it was who could contribute to a partnership with Charlie Stobo. He finished with 41* while Glenn Winsor, Scott O’Brien and Nathan Doyle all made handy contributions. Gordon were eventually out for 343 and the Randy-Petes were 0-16 when stumps were drawn. A lot of hard work next week on a good batting deck. 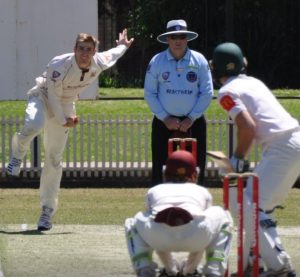 Gordon lost the toss at Chatswood and were in the field. Jackson Saggers took an early wicket and when Alex Patterson and Ryan Meppem both struck, Randwick-Petersham were in trouble at 3-54. The next two batsmen consolidated against some ragged bowling and they went to lunch at 3-111. After the break, the two batsmen continued although the bowling tightened up considerably. The partnership was finally broken with the score on 190, and from there, the two spinners, Ryan Meppem and Matt Wright, combined well to really put the pressure on. Wickets fell and Randwick-Petersham were all out for 308 with Ryan taking 5 wickets in a very good performance and Matt Wright was also impressive.
In response, the Gordon openers safely negotiated a handful of overs, so a really interesting day in store next Saturday. 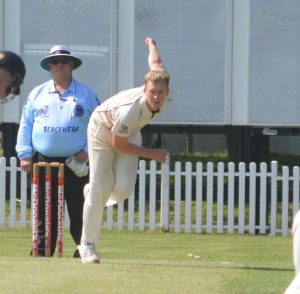 Gordon bowled first at Kensington and Matt Keevers continued his good form, taking two quick wickets. When Vikrant Nehru also took a brace, Randwick-Petersham were in trouble at 4-31. The bowling continued to dominate as the score rose slowly. At tea, the score was 6-123 and after the break, again wickets fell,. Austyn Nugent took a couple and the innings finally came to an end at 194.
There were still plenty of overs left and Mitch Kleem came out blazing. He and Michael Fletcher added 60 in 11 overs before the former was out for 44. The day finished on 1-66 – a good day’s work.

4ths lost two early wickets at Killara before Nomaan Sadiq-Budroo and Jayden Gray came together, adding 60 for the 3rd wicket. Jayden was out for a solid 40 while Nomaan continued to hold things together, adding another 38 with Josh Porter. Stuart Bromley scored a brisk 25 to push the rate along and Nomaan reached his well-deserved century. More runs were needed and Sam Schembri-Green played some great shots, well supported by Lachlan Burrows. The last 100 came off only 15 overs as the Stags finished on 8-289 – a good total but they’ll need to bowl well next week. 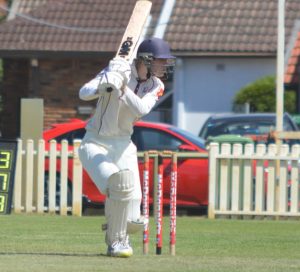 5ths batted first at Snape Park. A wicket fell straight away but Felix Barbeler stayed firm and dominated the scoring. A couple of handy partnerships followed and Felix and Shiv Rana took the score to 147 before the former was out for a well-made 81. Dave Monaghan joined Shiv and they added 74. Shiv scored an excellent 78 and Dave 37, and then Steve Bristow contributed a handy 34* as the day finished on 8-272. A solid team performance.

Colts had to bowl on another top Beauchamp deck. Wickets were hard to come by although the run rate wasn’t excessive. A wicket on the ball before tea saw Randy-Petes 3-96 after 40 overs. Following the break, the run rate increased but wickets fell. Michael Loong took his second and Dylan Ranjan also took another. Then Ollie Patterson returned to the crease and took three in a good spell. Dylan took the final one and the Randy-Petes had fallen for 175. Dylan and Ollie were the best of the bowlers while most bowled tidily.
In the 12 overs remaining, Nick Astridge and Nick Woodward both batted very sensibly, taking the score to 37 for no loss. A good day’s work but still much left next week to secure the win.