Gordon and Parramatta have been declared joint Premiers in the Poidevin Gray Competition for 2020-21.

This is the fourth time that both clubs have won this competition since its inception in 1926, and the first time for Gordon since 1974-75, 46 years ago!

The team contained our favourite son Michael Falk and the scorer was none other than Sir Richard Huey.

Hopefully you have had time to let it sink in, but I just wanted to say congratulations on being joint premiers in the PG’s competition for the 2020/21 season. It’s unfortunate that there was no play possible in the final, especially being a format that we hadn’t lost during the year and believe had the team + game plan to win. Everyone performed their roles consistently throughout the year, but most importantly your resilience was a major part in the success. There were a few big moments throughout the season in which we were able to rise to the situation and gain back momentum (highlighting being 4-73 against Sydney to go on and win). Had we lost those moments; the season might have had a different outcome.

The first Gordon team to win this competition in 46 years is an outstanding achievement. To the 15 players that took the field and all involved, you should be very proud of this achievement and something you will cherish in the future. The energy and enthusiasm you approached the season, each game and each training session was remarkable and the results are a reflection of this. There were plenty of highlights throughout the year, but I just wanted to mention a few below; 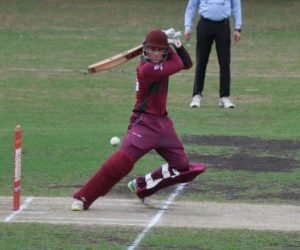 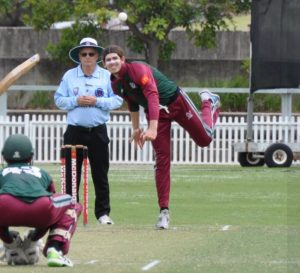 Special mention goes to Nathan Doyle for his captaincy throughout the year. He led from the front through his performances and backed all the players to do their job. Thanks to Rob for all your hard work throughout the season and unmatched dedication to the team. You ensured game days ran seamlessly, ultimately contributing to the team’s success. Andy (The Bull) for scoring and your post game analysis’ in the sheds, Michael Cant, Mark Carmichael, Tony Wilson, Any Falk, Jim Cattlin, all the players, parents, supporters and anyone else involved.

Brian Taber elected to NSW Cricket Hall of Fame
May 8, 2021

Players of Year named at GDCC Presentation Day
May 8, 2021

Congratulations to Bryce Cook on selection in the Green Shield Merit XII
February 18, 2021
Go to Top