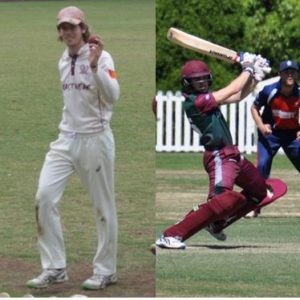 With the 2020/21 season fast approaching it is appropriate that we announce our Club captains for this coming season. With Alex Patterson not playing this season standing down from the role we needed to find a suitable replacement.

The club’s executive committee have discussed and agreed to appoint joint club captains for this season being Matt Wright and Ryan Tullia.

We have been very impressed with their proactive approach to the coming season, given all the issues that were around regarding COVID-19. Matt and Ryan have put forward to the executive many ideas on how we can continue to function effectively and improve as a club.

As part of this process they identified and recruited a very valuable Players committee and also Social committee, which was an area that we lacked in last season.

Our Club captains have a critical role to play in effectively being the voice of our players to the club’s executive committee to ensure that we are working together and for the overall benefit of the club.

Matt and Ryan, are juniors from the Hornsby Ku-ring-gai area, came to our club to play Green Shield and have been valuable members of our club since that time on and off the field. It is great to see these two young men take on extra responsibility as our club captains. Based on what we have seen so far we are sure they will do an excellent job.

We would like to announce the following players as our 2020/21 season’s Players committee:

In regard to the social committee, Nick Miller has accepted the role of our Social Committee Convener, and with his team will be working hard to ensure that we have a positive and effective social programme for our players for the coming season.

Nick has also been a valuable member of our club as player, Green Shield coach and second grade captain, a position he is standing down from this season. It is great to see him step up into this very important role for the coming season.

This year’s social committee will consist of the following people:

We would like to thank all these players for volunteering to help us this season and we are sure like all of you, look forward to an enjoyable and successful season ahead.