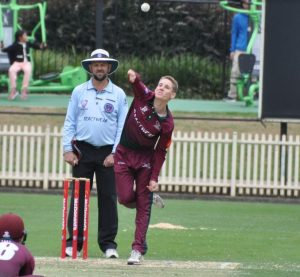 Better late than never, the Gordon District Cricket Club would like to congratulate Nathan Doyle for his selection as the Bradman Scholar of 2019.

The Bradman Scholarship is awarded to a cricketer who studies at university and involves financial assistance for 3 years, until the conclusion of their degree.

Nathan has just finished his second year of a four-year degree at the University of Sydney. His degree is a Bachelor of Arts and a Bachelor of Advanced Studies in the International and Global Studies stream.

Nathan who has been playing some excellent cricket for both our First Grade team and our Poidevin Gray side and has scored a total of 475 runs and taken 27 wickets for these teams so far this season. Nathan also captained the ACT/NSW Country U/19s team last year which won the national carnival. It was the first time ACT/NSW Country had won an Under 19s national championship.

Below is the official announcement. 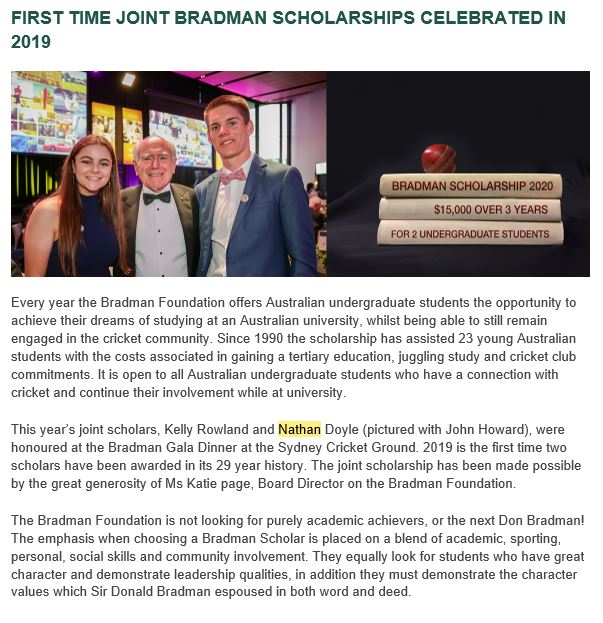