Five Out of Six is Pretty Handy 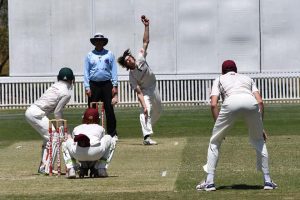 A good weekend for the Stags as Seconds to Colts all have strong wins, including two outrights. First Grade couldn’t quite make the vital breakthroughs in their game, but the lower grades performed very well. Second Grade and Fifth Grade both completed outright victories on the back of good bowling and excellent run chases by the opening batsmen. Matt Wright took 5 wickets in Seconds to set up their big win. Third and Fourth Grade had top wins with Simon Read’s 5 wickets in Fourths a feature. 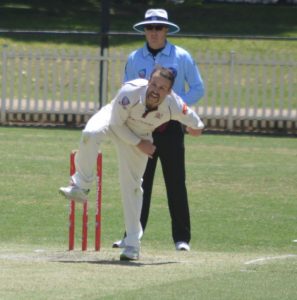 The day started with tight bowling as Gordon strived for early wickets. Tym Crawford and Scott O’Brien then took one each and when Scott took another, the Stags had a definite sniff. Unfortunately, after a few overs of very tight bowling, it all became a bit anti-climactic. For the second game in a row, the Stags had got themselves into a winning position but struggled to take the eighth wicket. Campbelltown won with no further loss. The bowlers worked hard but couldn’t make the winning breakthrough.

Disappointing, and essential to get back into the winners’ circle next week. 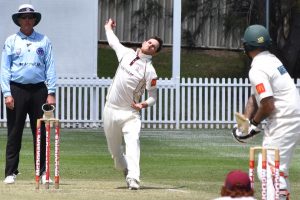 Nick Miller – back to the bowling crease

Seconds declared at this over the week score – a lead of 61 on the first innings. Matt Keevers took an early wicket and then Ashwin Premkumar took one before a good partnership took the score to 98. Matt Wright then took two quickly to get the outright back into the picture. A good partnership had Campbelltown looking safe but Matt continued his success taking three more and seeing the innings end at 212. Ryan Meppem also bowled well. Gordon were left with 151 to get for the outright.

35 overs were remaining, but it was essential that the batsmen didn’t go mad and try to win it in 15. And get out.

They didn’t. Dom Thomson and Ryan Tullia shared a wonderful partnership. Dom dominated (sorry!) while Ryan played very solidly, ensuring Dom got plenty of strike. The tally mounted at a good rate and they achieved the outright, with no loss and plenty of overs to spare. 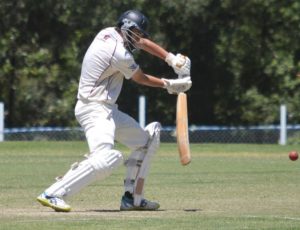 Dan Chillingworth held the innings together

It was a careful start to day 2. Gordon lost an early wicket but Dan Chillingworth and Sam Schembri-Green took the score to 124 before the former was out. Sam and Austyn Nugent then took the Stags through to the win with no further loss, declaring straight after the win.

Campbelltown’s batting in the second innings was much more solid and the game was called a little early with the Stags having recorded their fourth successive win. 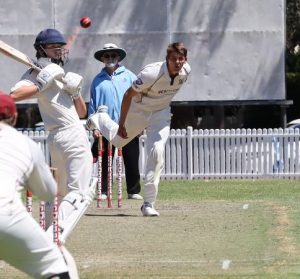 Austyn Nugent in thirds at Killara

Already in a great position, Simon Read took no time at all getting the Stags into a BETTER position. He took two wickets immediately and then kept going, taking five in a row – a great effort! In no time at all the last two wickets were taken and CC were all out for 57.
The Ghosts were asked to bat again and, despite a few nervous moments, they managed to hold out and avoid the outright loss. 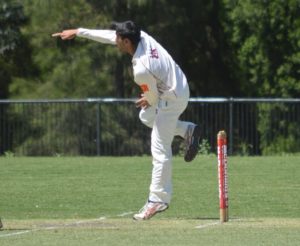 A good run out by Prashan Seneviratne started things well for the Stags. He then took two wickets and CC were 4-59 – still 71 runs behind. Shiv Rana then took a fifth at 87, but the next two batsmen really dug in and shared a very good partnership.

Finally, after adding 117, the partnership was broken by Hayden Robertson and the last few wickets fell reasonably quickly although at times it appeared that the game would peter out. Dave Monaghan’s two wickets in an over finished the innings and the Stags were left with 108 to win outright from 19 overs.

Skipper Monaghan and Nick Astridge opened with a reasonable target in front of them IF they batted sensibly. They did. No slogging, just sensible hitting, and the runs mounted at a very good rate. Both batsmen reached their half centuries as the outright win was achieved in only 11.1 overs!! A fantastic way to finish the game.