Welcome to the GDCC Awards Presentation

Welcome to the GDCC awards presentation for the 2019-2020 season. As we are all aware we are unable to do this award presentation live at a venue, so we are doing the next best thing. We are going virtual.

In this first section we will start with an announcement by Ed Howitt summarising the awards.

The first awards are for runs scored over 500 and any specific recognition awards. 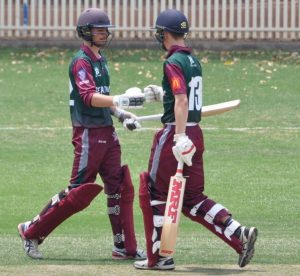 Nathan Doyle and Josh Claridge had a partnership of 225 for the 4th wicket in the match vs Sutherland on December 15. Nathan scored 129 off 123 balls and Josh 103 off 123 balls. The previous best PG partnership for the fourth wicket was Matt Makepeace and Jeremy Cashman who put on 136 in 2003.

Nathan and Josh were only 8 runs behind the highest ever partnership for any wicket in PG’s of 231 between Steve Colley and Reece Bombas in 2008 against Northern Districts.

Thanks everyone for attending the first session of our virtual awards.

The next release will be in 24 hours time and will cover the first 5 rounds of the Player of the Year Award.