The GDCC has both a Club Captain as well as captains of individual teams. 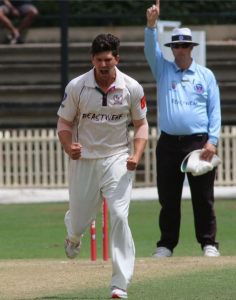 For the 2019/20 season the club is pleased to announce Alex Patterson is the new Club Captain.

Team captains are appointed as they are perceived to have leadership and inter-personal skills. Their responsibilities are not confined to on-field activities but include management off the field as well. However, should a manager be appointed to a Grade team these duties would be shared accordingly.

Their responsibilities include the following:

All players are expected to provided their captains with support and assistance. Expressions of frustration, disappointment and anger are best conducted away from the team and spectators. Players should keep in mind the potential negative effects that their actions may have.

If players have a problem, consult your captain – complaining to team mates doesn’t solve the matter. Captains are to communicate any concerns to responsible officials for resolution or action.

Players are expected to arrive at grounds at least 1 hour before the match commences.