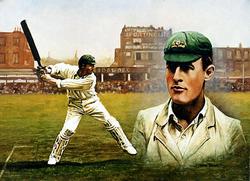 Founded in 1905, the Gordon District Cricket Club has a proud history.

Since then, the men’s club has participated in Sydney’s premier grade cricket competitions. During this period the clubs has won the club championship four times, the first-grade premiership on six occasions as a long list of lower grade premierships. As well as playing successes, Gordon has produced a long list of representative players – including 19 Australian Test representatives and over 40 NSW players.

Amongst these are some of the greatest names in Australian cricket – Charlie McCartney, Victor Trumper, Bert Oldfield, Neil Harvey and Brian Taber. Gordon’s record of producing first class cricketers has continued throughout more recent eras – names like Adam Gilchrist, Phil Emery and Matthew Nicholson all began their grade cricket careers at Gordon. In recent seasons the club has won several lower grade premierships with the Colts team winning the premiership in the 2018-19 season. 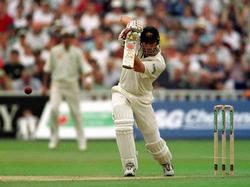 The club maintains a very strong culture which includes having 52 players going to the First World War and 68 to the Second World War. We are fortunate to have maintained many records of these true heroes.

The Women’s Division of the Gordon District Cricket Club was established in 1982-83. Some of the greatest names in women’s cricket have played for the Gordon Club including Lisa Sthalekar. The club has won The Ann Mitchell Club Championship Trophy on ten occasions. The 2018-19 season was their most successful in the history of the club.

The Junior club was formed in 1952 and plays its cricket within the North Shore Junior Cricket Association (NSJCA). Gordon Juniors is a vibrant cricket and provides cricket for boys and girls in teams from the in2Cricket to the Under 17s. The club is the sum of many parts – the players, the parents, the guardians, siblings and all other family members – who all contribute each week for the enjoyment of the players.

Most importantly it has, over the years, been a most enjoyable place to play cricket.

Reflecting this history and tradition, the club today boasts a strong following amongst North Shore cricket fans, and a long list of ex-players who continue to support the club.