The Gordon District Cricket Club is one of Sydney’s oldest cricket clubs, and has participated in Sydney’s premier grade cricket competition since 1905.

Throughout this time, the club has enjoyed much success, with a particularly golden era in the first half of the 90s, when the club won consecutive first grade premierships. 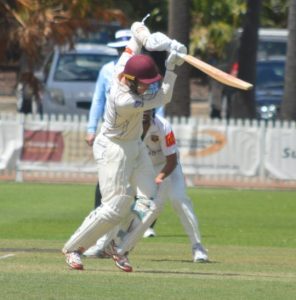 Last season the Club came 4th in the Club Championship and semi finalists in 5 of our 6 grades. The Colts team won the Metropolitan Cup. The grade club is also an active supporter of junior and women’s cricket on the North Shore – through both administrative involvement and coaching support.

Our junior club, the Gordon District Junior Club is part of our affiliated junior association the North Shore Junior Cricket Association which is one of the largest junior associations in Sydney. Based in the heart of the North Shore, Gordon boasts excellent facilities at Chatswood, Killara, Chatswood and Beauchamp Ovals, that are conveniently accessed by players and supporters alike.

The club operates a very successful cricket Academy for Under 21 players that has 70 members each season and 20 existing members or graduates have played first grade and higher.

The Gordon Wowen’s Cricket Club is an integral part of cricket on the North Shore and have continued a run of success with many premierships over the last few seasons.

Now 114 years old,  we look forward to the future with a great deal of confidence and optimism that Gordon will be continue to be one of the strongest and most professionally run clubs in Sydney. This success will be achieved through a combination of a professional and hard working administration, high calibre club coaches, a solid financial position, favourable demographics, quality facilities with Council support and our exceptionally strong junior base.

The Gordon District Club is a sporting organisation which aims to promote, foster, and encourage the playing of cricket in the true spirit of sportsmanship.We strive to develop and nurture players to achieve their full potential by providing good coaching and playing facilities and at the same time creating an environment where players enjoy themselves, both on and off the field.

Testimony to this aim was the fact the club came second in the Sydney Cricket Association “Spirit of Cricket” Award and has been in the top 5 in each of the last 5 seasons.